One of the most extraordinary and interesting places in the UK must be the Big Pit National Coal Museum.

This museum with World Heritage status gives you the opportunity to go on an underground tour with a real miner and experience at first hand what life used to be underground for men, woman, children and even animals. 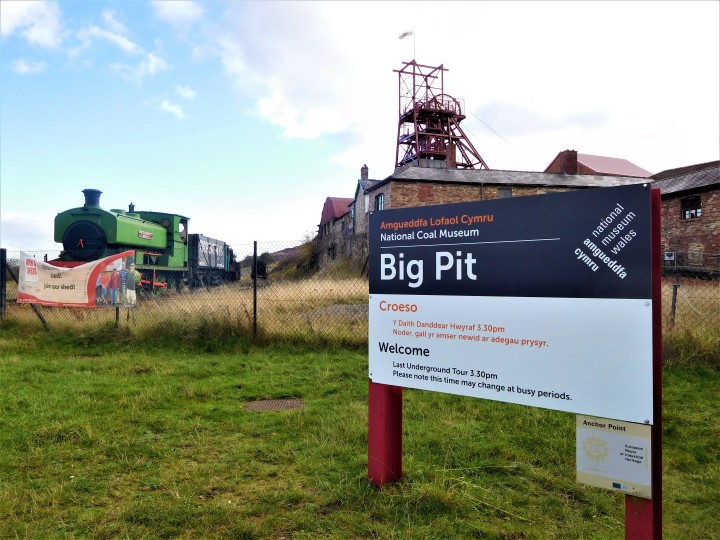 Big Pit is located in the Blaenavon area in Wales and was in use for over 100 years. It was the last coal mine to be closed in Blaenavon.

It gets its name from the shaft, the pit. Originally the shaft was called Kearsley’s Pit and was only 200 ft deep. However, in 1880 the Blaenavon Company deepened the shaft to 300 ft and it became known as “Big Pit” due to its unusually large elliptical shaft.

At first, ironstone rather than coal was mined to support the local ironworks in Blaenavon. But the Big Pit also produced some coal to support locals.

When the demand for welsh steel and iron production fell into decline, welsh coal took its place and gained significance to fuel locomotives, steam ships, factories and houses. Blaenavon coal was shipped all around the world, as far as South America.

Big Pit was important for the economy in Blaenavon and the local community as it was a source of employment. Around 1,300 workers used to work in the mine in the 1920s.

A reduction in demand for coal and increased competition from abroad led to the decline of the British coal industry. This prompted many mine closures and had a devastating effect on the local community.

Coal mines were by far the most popular and biggest employers in the area and generation after generation used to work in the mines. The closure of the Big Pit in February 1980 led to the decline of Blaenavon, which resulted in unemployment, shop closures and empty streets. 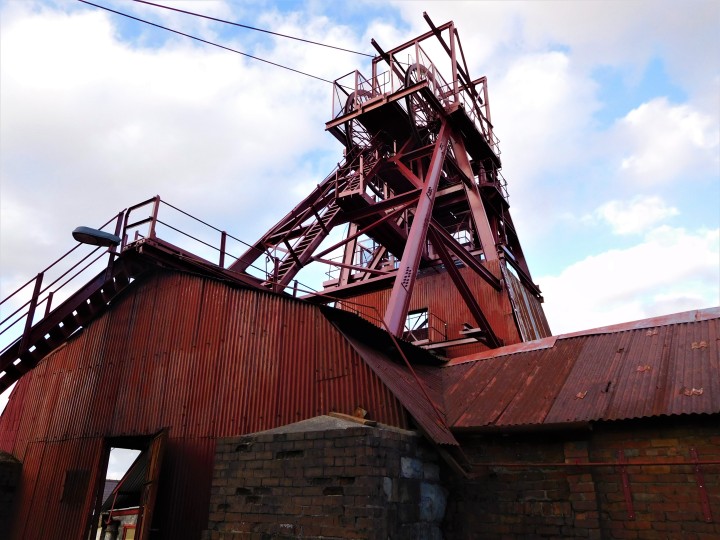 Though, even before the closure of the mine, plans were made to turn Big Pit into a museum to bring the coalmining heritage of Wales closer to the public. So, Big Pit reopened its doors in 1983 as a museum.

THE UNDERGROUND TOUR OF THE MINE

The tour of the mine starts with a health and safety briefing and the removal of all sorts of electronics and batteries, which will be collected by the guides before you enter the shaft.

Big Pit is still subject to the Coal Mines Act safety legislation. Therefore it is against the law to take any smoking materials or incendiary matter and substances underground such as cigarettes, tobacco, matches and lighters, mobiles, battery-operated watches and key fobs, calculators, radios, personal cassette players and cameras.

This is a precaution measure. Although mining has stopped for many years and the mine is not in use anymore, all the mining equipment is still underground as well as coal remains.

Guests get to wear safety equipment more or less what miners used to wear including a helmet, cap lamp, belt, battery and self rescuer.

The tour takes you 90 meters (300 ft) down the mine shaft and right into the mine.  The underground tour itself lasts about 50 min.

Keep in mind though that there is plenty to see overground as well so factor in more time to explore the entire museum including Big Pit Mining Galleries, the Pithead Baths and various historic buildings and machinery scattered around the grounds. 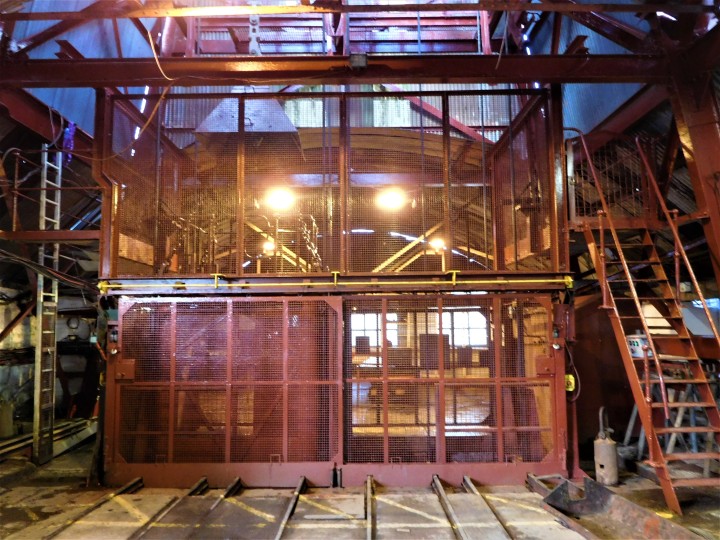 The tour is super interesting and engaging. You get to walk through and explore several mining tunnels, see old coal carts and the tracks to pull up the coal to the surface and spot several mining equipment and machinery that was left behind when the mine closed.

Your guide, a former coal miner himself, will take you safely through the mine, sharing how life used to be like underground in the mine back in the days as well as nowadays.

I would have loved to take some pictures to show you guys what to expect, but of course you cannot due to the safety legislation.

Here are a few facts that I learned from my underground tour, which I found really fascinating and a bit shocking to some extend. But that is just how life underground in the mines used to be.

We all know that men, women and even children were often working in the mines. I found out that children mostly worked as trappers. It was their job to open and close the wooden doors, the trap doors, that allowed for fresh air flow through the mines. Did you know that the children had to sit in total darkness for hours and hours, sometimes up to twelve hours?

You also get to learn about the use of animals. Of course back in the days there was no animal welfare and plenty of animals were used during the industrial revolution to accelerate growth and to work in the mines.

For example, ponies were used to transport coal underground. The Big Pit has a functional stable for several ponies down in the mine. The ponies used to live underground full time and worked long hours more or less every day. They were brought to the surface for some fresh air once a year for about two weeks. Though, this change in sudden environment could send the ponies into a state of shock and could send them into a frenzy. 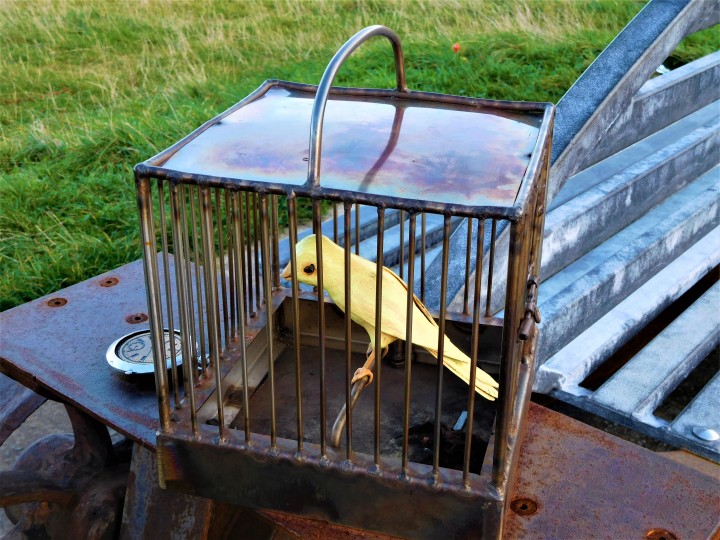 The other animal used by miners was the canary. Canaries are very sensitive to toxic gases. They were used by miners to detect harmful gases present underground, specifically carbon monoxide. This gas is colourless, odourless and tasteless and could form underground after an explosion or during a mine fire.

It is more or less impossible for humans themselves to detect this gas. The canary on the other hand would show signs of distress if the gas was present, which was a clear sign that the mine was no longer safe and should be evacuated. The use of canaries as gas detectors stopped in 1986 in Britain when they were replaced by modern day electronic gas detectors.

THE OVERGROUND TOUR OF THE MUSEUM

As mentioned before, factor in some time to see the rest of the museum as there is much  more to it than just the underground tour.

There is also a cafe on site and of course the souvenir shop, which I really liked. We bought some Welsh cakes from the shop and bought a fridge magnet to remember our trip.

So, keep that in mind when you are planning your trip to the Big Pit. I would say an extra  hour and a half should definitely be allowed, maybe even a bit more, to go through the exhibitions without having to rush.

The Mining Galleries include a multi-media tour where you can find out more about modern day mining. A virtual miner will take you through the tour and explain more about the use of explosives in reaching the coal as well as modern rock cutting machines.

Machines used to reach and extract coal have different sizes and drill ends depending on the composition of the rocks and soil. See how machines evolved and how their use and shape changed over time as technology advanced.

I found the tour and set up very easy to follow and understand. It is visual, making use of several different props and scenes on display in the room while you are following the virtual miner. This setup makes the tour engaging and interesting.

Here you can find out about the history of mining in Wales, how mining changed and evolved from 1850 onward. Learn more about coal: what it is, how it is formed and what it was and still is used for today.

You can read and learn more about a miners life, their family, health and comradeship between miners. 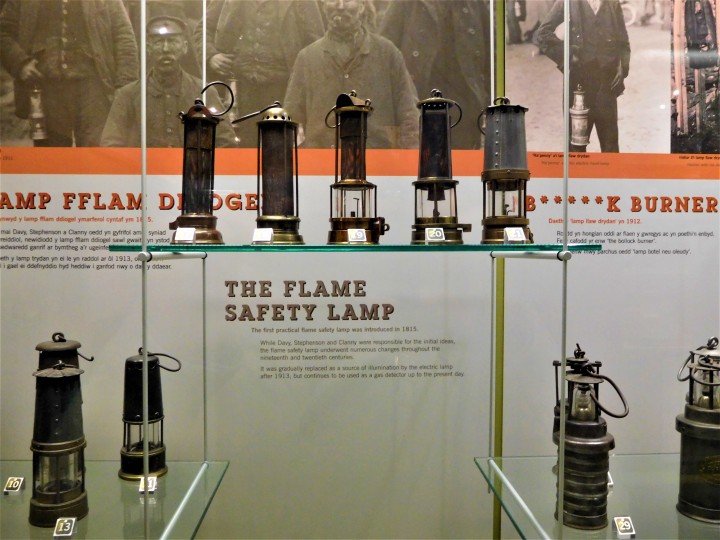 Other exhibitions showcase mining memorabilia, for instance the story of the flame safety lamp, also known as the Davy lamp. Many accidents caused by explosions due to firedamp, pockets of flammable gas, called for a new, better and more safe way to light up the mines.

The Davy lamp was introduced in 1815, before the use of Canaries. Its design was simple and allowed miners to work more safely and dig deeper into the mine to access coal. The Davy lamp has some sort of fine wire mesh chimney that encloses the flame. The light could get through the fine mesh, while the metal would absorb the heat, therefore decreasing the likelihood of gas igniting.

Moreover, it was used as an indicator for gas presence. The flame would change shape and colour when gas was in the air. The introduction of the lamp lead to a decrease in mine fatalities and an increase in coal production. 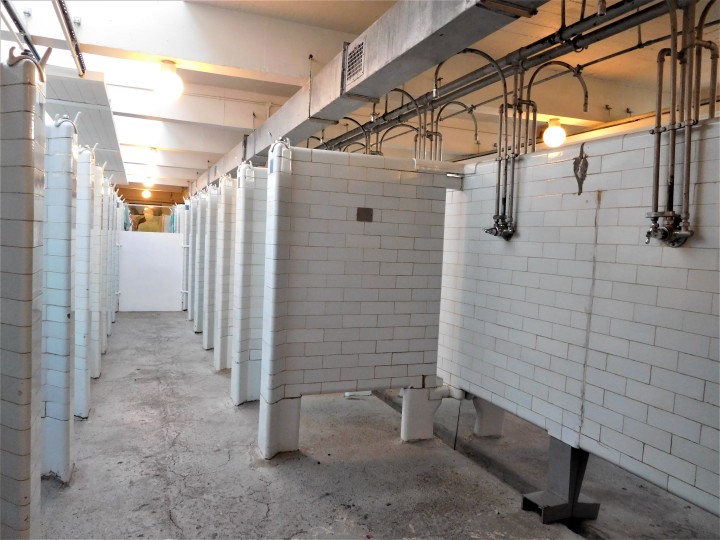 The Pithead Baths, as the name indicates, were bathing/shower facilities that transformed the lives of the miners working in the Big Pit. Before the existence of these facilities, miners had to get back home all dirty and wet, which could cause illnesses and pneumonia. Back in the days, not many families had proper bathing facilities at home. Often women had to carry heavy water jugs with boiling water to fill the tin bath and that could cause them health problems leading to miscarriages.

The introduction of the baths changed all of that. They had facilities to wash themselves properly and each miner was given a clean locker for clean clothes and a dirty locker for their work clothes. 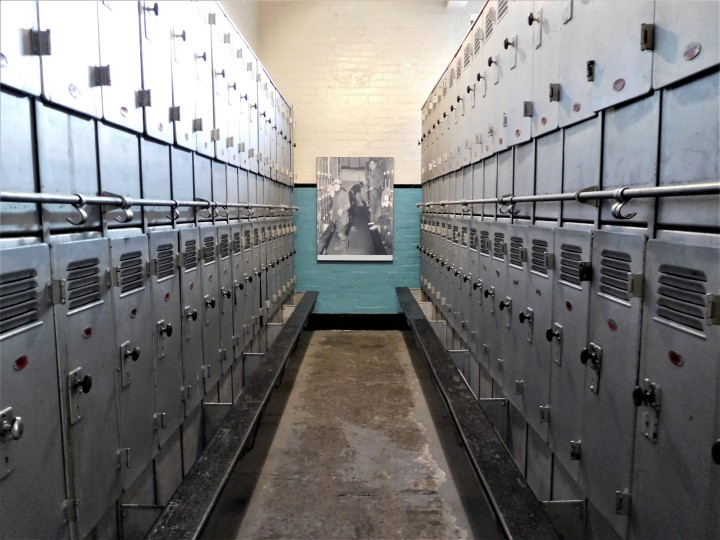 A medical centre was also introduced in 1947 when health and safety procedures improved. Doctors and nurses attended to miners and treated mostly day-to-day injuries such as cuts, bruises and strains. However, from time to time serious injuries had to be treated as well.

There are several other outdoor buildings and machinery scattered across the site that were involved and used for mining operations at the Big Pit. 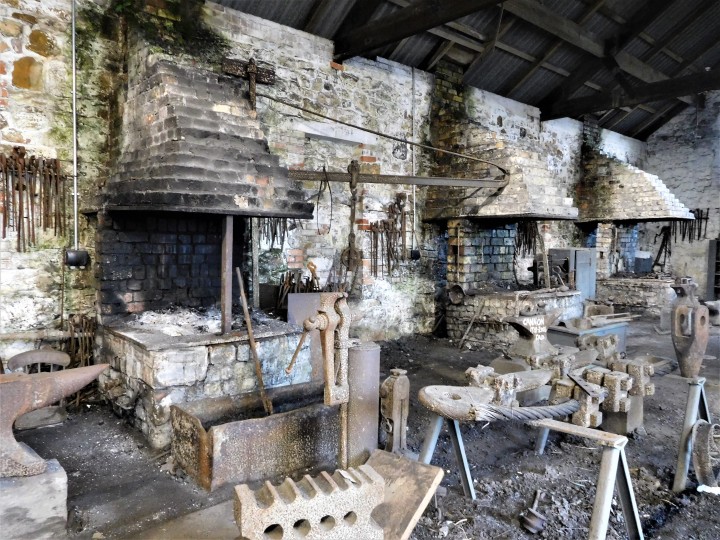 The Blacksmith Yard has some of the oldest buildings dating back to the 1870s. Here equipment was made for pretty much anything including horseshoes, drams, rail junctions, pipes, spanners and hammers. The Blacksmith is still in use today.

There is the Winding Engine house used to lower and raise cages for carrying coal, equipment, materials and people up and down the shaft.

The other important and probably most important building onsite is the Fan House, which houses the mine’s ventilation system that brings oxygen into the mine and reduces and removes undesirable gases, dust particles and so on. 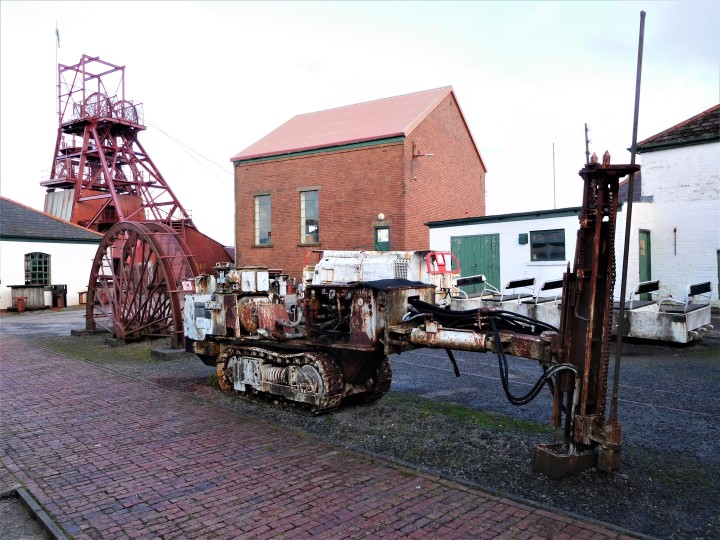 Other historic buildings and areas include the Mortar Mill, Miner’s Canteen, Explosives Magazine and Stockyard.

I absolutely would recommend a visit to the Big Pit to anyone. First of all, the underground tour was one of the most interesting things I have done and seen for a very long time. It is a very unique experience.

Secondly, the guide was just amazing. He was very kind, friendly and funny, which made the tour a joy. Additionally, he was very knowledgeable and could answer everyone’s questions. And trust me all participants were so engaged and keen to find out more about life underground that they asked a lot of questions. 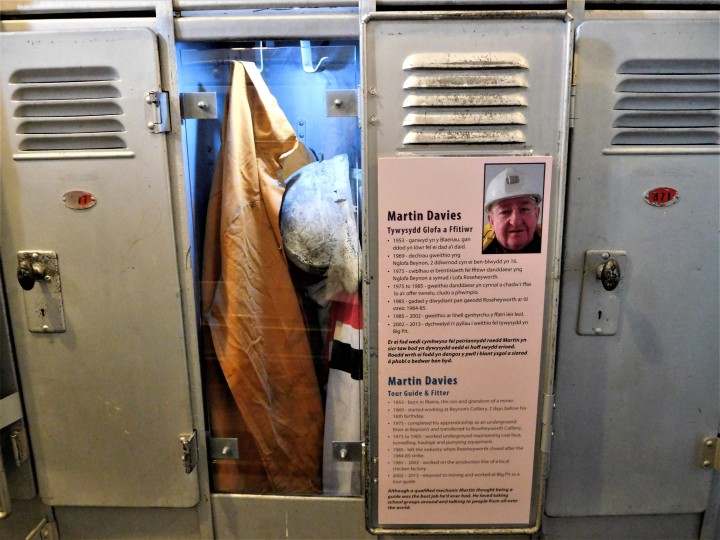 You know a tour or attraction is excellent when your attention is grabbed. When your brain wakes up and starts to work. When all of a sudden your curiosity is awaken and you want to find out more and more.

I had that moment during the underground and overground tour. I saw many mining displays in museums, but I never could fully understand or comprehend what life was really like for a miner. Now I do.

Lastly, the museum is free. Therefore, this is a great attraction for people on a budget. To be perfectly honest with you, I would pay for this attraction as I think it was outstanding. That is why we donated a little money and bought some souvenirs from the shop to give back to the museum. 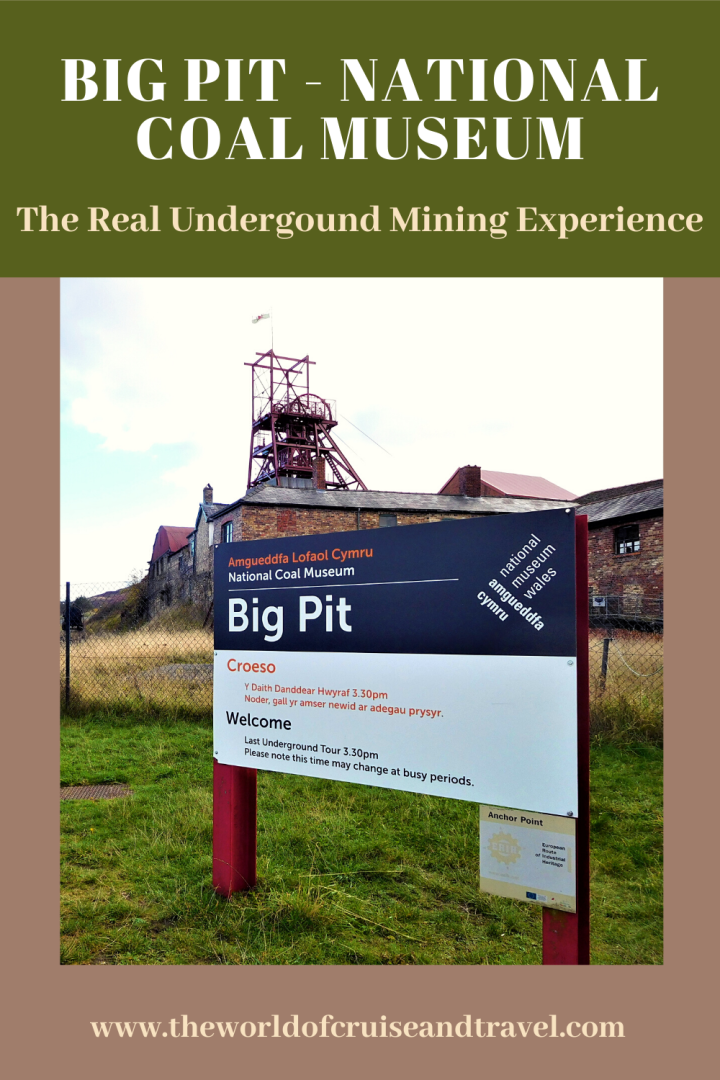 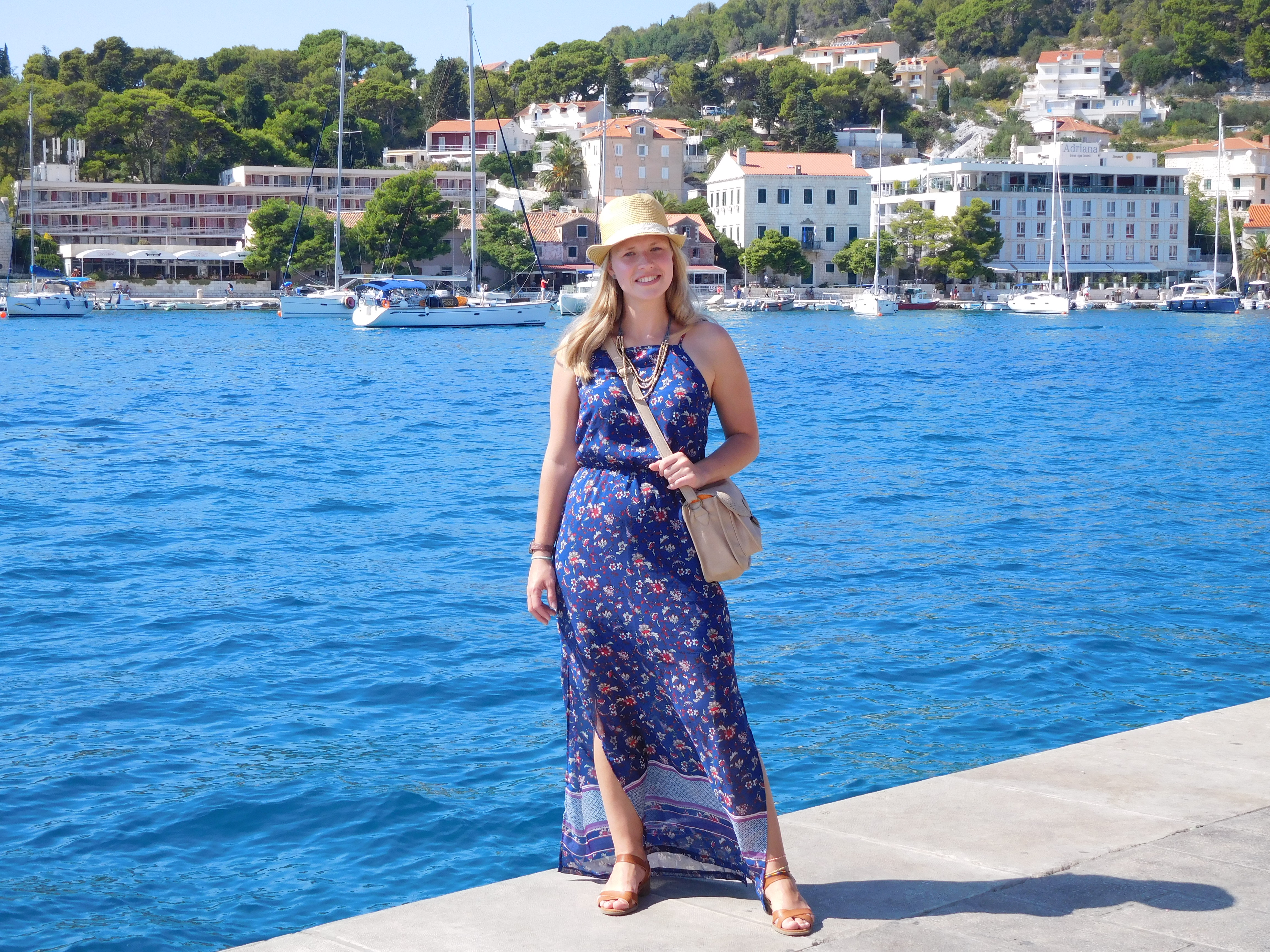 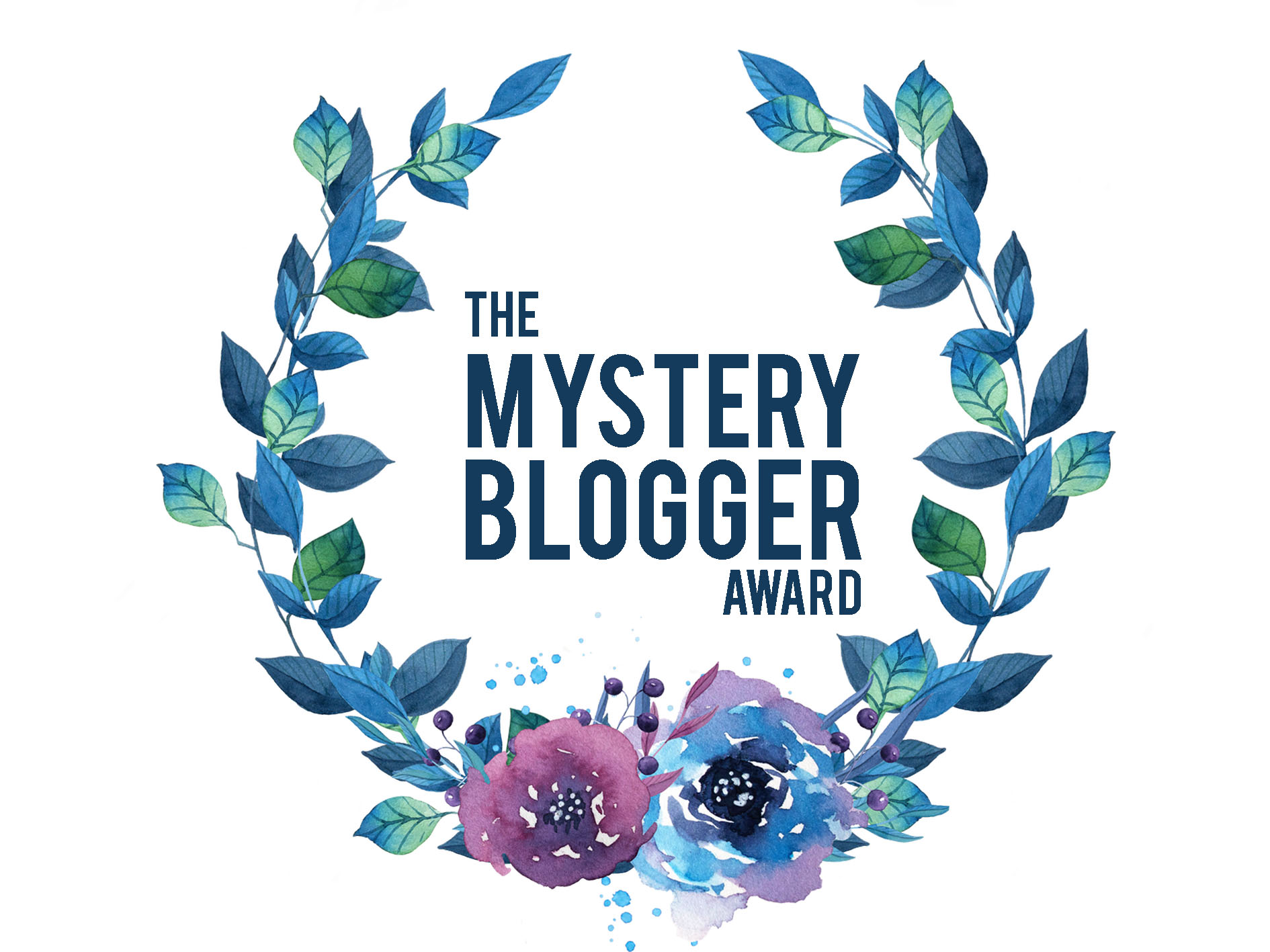 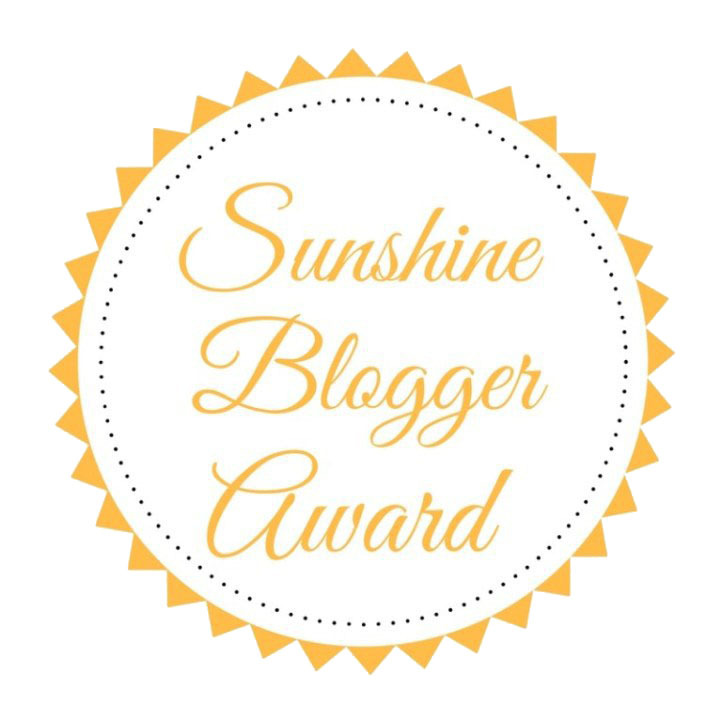